Greenaway's vision for cinema is inevitable and overstated. 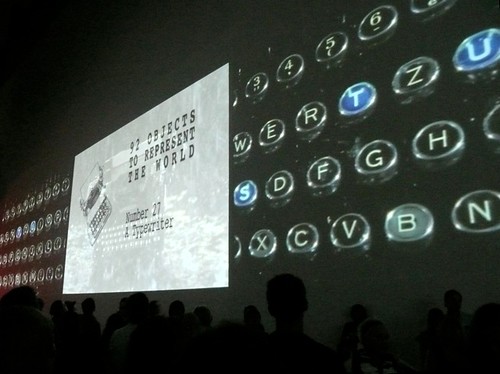 Mixing his film like a VJ in real time on a large touch-screen monitor, the interactive soup of archival and custom footage, graphics, and still images spill across multiple screens to a soundtrack remixed live by DJ Radar. The material is sourced from three earlier Tulse Luper films and blends their images as it bends history towards a fractured revelatory fiction.

More than most filmmakers, Greenaway understands the potential of the graphic image on screen. The work’s structure is book-like, each ‘chapter’ introduced with a diagrammatic illustration and text. The crafted coincidence of typography and graphics meeting moving image is transfixing, throwing the relative nature of each into heightened relief, revealing the filmmaker’s original training as a painter. However for all its power, something is missing between the media’s improvisational spontaneity and the artist’s symbolic and mathematical preoccupations. Although The Tulse Luper Suitcases is a complex ongoing project in multiple manifestations (websites, online games, books, plays etc), tonight interactive technology is a creative tool for the director as he moulds his film, but for the audience it’s just standing for sitting.

Movies will change, as they have done in the past, from silent to talkies, from black & white to colour, from Academy format to CinemaScope … It’s odd though that Greenaway doesn’t acknowledge that when we are watching The Pillow Book (the director’s 1996 film starring Vivian Wu and Ewan McGregor, see Eye 21) we are not stuck in the musty gloom of a darkened hall at all, rather we are painting the skin of Nagiko. From the best cinema (and literature and the rest), don’t we get an imaginative dominion that can make physical context redundant?

On the page the written word can command a self-contained universe. On the stage this world can be conjured by a paper-mache prop. However, on the big screen our expectations usually rely on optical authenticity. I’m just not sure all the extra stimulation brings us any closer to truth. Like the rest of us working in new media, Greenaway wants to fully engage the viewer’s senses so that they are more than passive spectators, but so did the inventors of 3D and Smell-O-Vision. 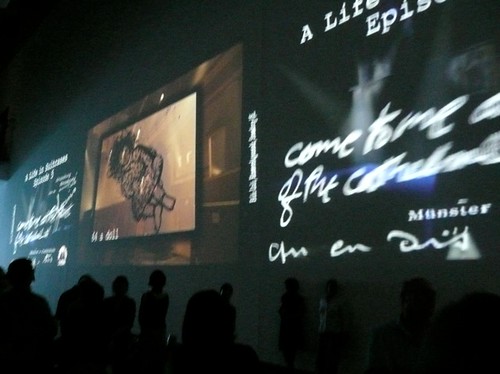 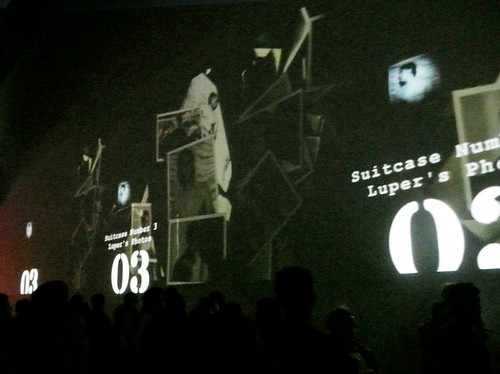 ‘Greenaway. A Life in Suitcases. A history of Tulse Luper’ on YouTube